Our Story – Food Allergies in Babies

This post is by no means meant to be medical advice. Food allergies in babies are a serious matter. If you suspect your baby has a food allergy, seek medical advice. If you experience blood in your baby’s stool, go to the emergency department instantly.

What you are about to read is our personal experience with food allergies in babies. I want to share it, because I am sure there are many other mom’s out there going through a similar situation right now. Food allergies in babies can be very tricky. And if you find yourself dealing with a food allergy in your baby, don’t lose hope. For us it has been quite a stressful, crazy journey. We have been through months and months of stressing out, anxieties and a suffering baby. But we figured it out and battled through it. Here is what we experienced.

Disclosure: This post contains affiliate links. As an affiliate, I may receive a commission on qualifying purchases, at no extra cost to you. Learn more.

Our Experience With Food Allergies in Babies

When my little boy was only a few weeks old, I started noticing that something wasn’t right. He was an unusually spewy baby and after every dinner our otherwise very calm, breastfed bub was extremely unsettled. Of course, we spoke about this to doctors, child health nurses and even the health phone hotline. Back then, I was assured it was all normal behavior for a newborn. They told me about the witching hour and how a baby’s digestive system isn’t properly developed, yet. So there wouldn’t be any reason to worry.

Acid Reflux In Babies As Result Of Food Allergy

But it all got worse. First thing after waking up, our baby spew. During the day he had a hard time to keep the milk down at all. Furthermore, whenever I placed him on his tummy he couldn’t stop throwing up. And laying him flat on his back was almost impossible. He was obviously uncomfortable and cried inconsolably. Because I didn’t know how to help him otherwise, I tried to hold him upright whenever possible.

Despite it all, bub was gaining a good amount of weight. Additionally, he looked healthy and not dehydrated whatsoever. Due to this, doctors weren’t concerned in the slightest. A midwife even told me that nothing I eat, could possibly affect my breast feed baby, except for alcohol, because it goes into the blood stream. Nevertheless, I was concerned and I knew something just wasn’t right. My baby’s bad acid reflux made it far too difficult to entertain and play with him. He had hardly any tummy time and almost no play time as I had to hold him upright at all times. I did everything I possibly could to ease his acid reflux.

Baby Was Refusing To Breastfeed

I still remember,when I was sitting on the bed with a crying baby and said to hubby: “It is like something is wrong with my milk. Like he smells it and doesn’t want it.” Little did I know that I was on the right track. It was so frustrating! It seemed as if breastfeeding didn’t work out some days at all. Baby boy was clearly hungry, but as soon as (or even right before) he latched on, he spit out my nipple and kept fussing. Then he latched back on, and so on. Often it seemed like he was on a breastfeeding strike. Sometimes, he would only let me feed him in the weirdest positions, because it was easier for his tummy to handle.

Related: How To Help Your Baby With Acid Reflux

Eczema And Tummy Aches A Symptom of Food Allergies

At around 3 Months of age, baby boy suddenly developed an eczema around his neck and behind his ears. It got really bad and nothing seemed to help. By that time, he also kept waking up once every night screaming and nothing could calm him down. This was very untypical behavior for him. Bub’s belly was really hard, he was gassy and seemed to be in pain. Especially, having a poo was overly troublesome for him.

Again, everybody told me that this was perfectly normal for babies. At a children’s hospital I was even told, my baby wasn’t in pain during these crying fits. That I was just thinking he was, because I am a first time mom. Well, I know my baby, and I know when he is in pain. But still, nobody believed me. 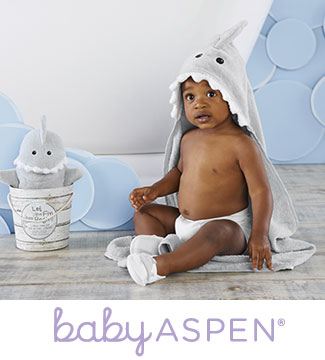 Then it all got very serious. One day, I was changing my 4 months old babies diapers, and there was blood in it. Of course, I freaked. There was bright red, fresh blood and tons of green mucus in my baby’s diaper. It seemed like a nightmare. We went to our GP, the only person who was supportive through all of this, and got sent to the emergency department straight away.

After hours of different doctors poking and feeling bub’s tummy, an ultrasound, and endless questioning, still nobody knew what was wrong. Back then, hubby and I suspected a virus and requested some tests. We just had been in involuntary contact with someone that had a stomach bug. But it wasn’t an infection and (luckily) nothing appeared to be wrong with his bowels either.

That was when one of the doctors suggested, our baby boy might have a food allergy. The only way to find out: An elimination diet. I was advised not to eat any dairy products, or anything that said “may contain traces of milk”, for the next 8 weeks. Though I did understand, food allergies in babies are complicated and it takes a while to solve the problem, I was guttered. What if dairy wasn’t the culprit? Was I supposed to sit and wait for 8 weeks, while my baby was feeling unwell? And even worse: There was nothing I could right now to stop his bowel from bleeding. But of course, I would do anything necessary to help my baby boy to get well.

One week into the elimination diet, I was told by another doctor to additionally skip on anything containing soy or traces of soy. This turned out to be very hard for me. Instead of the dairy, I now used a lot of soy-based products. Plus, even the simplest things, like bread, pasta and butter, listed “may contain traces of soy” on their labels. I was confused and frustrated. Of course, I could cook everything from scratch. But neither did I have the time, nor the energy to do that.

After the long awaited appointment with the hospital’s dietician, whose only advice was “just read the ingredient labels”, baby boy’s symptoms worsened. In the meantime 10 weeks have passed since I started the elimination diet. The constant bleeding from his bowels left baby boy iron deficient and weakened his immune system. By then we had seen about twelve different doctors and specialists. I repeatedly uttered my doubts that our baby boy was allergic to dairy and soy as I was strictly eliminating these from my diet without any results.

How We Figured Out Our Baby’s Food Allergies

At this point, I was angry, upset and furious. What should have showed results within the promised 8 weeks, didn’t show any after 10 weeks. And still I was made feeling guilty about doubting the specialists’ advice. Being fed up wit seeing my baby suffering, spewing and bleeding, I decided to only trust my own instincts from now on.

Since I had started not consuming soy, the symptoms were so much worse. But the only thing that had changed, was that I replaced all soy with oat-based products, like oat milk. For my baby was sick before that, it must have been something else, too. From the moment it turned out baby boy had an allergy, hubby and I suspected, he might be allergic to tomatoes. Even though, we were told this was ridiculous and more than unlikely, I gave it a shot. That’s when I started eliminating tomatoes and oats from my diet.

For the first time, I saw results! After just one week of no oats and tomatoes, baby boy stopped waking up in the middle of the night crying in pain, spewing and having bloody poos. I was amazed and relieved. But I also regretted not trusting my instincts any earlier. Over the next few months, I kept observing. Every now and then, I found more foods that gave bub a tummy ache at night or made his eczema worse. Like rice, strawberries and carrots. Eliminating these foods from my diet, our baby has stayed symptom free for about 4 months.

Our Journey Isn’t Over

For us it took some trial and error. It was frustrating, difficult and saddening to see our little baby boy going through all of this. I felt incredibly helpless. Even though, we finally found the problem with an elimination diet, I wish I had trusted my intuition from the start. There have been times, when I was about to stop breastfeeding for good. It felt like it had no benefits any longer and instead I was harming my baby. Still, our doctors were of a different opinion. So we battled through this.

At the moment, my own and my 10 months old’s diets feels quite limited. We cannot eat tomatoes, oats, rice, anything containing rice flour (and that is a lot), carrots or strawberries. Otherwise bub’s eczema flares up and he will have belly pains. Though, now that we know this, it has gotten fairly easy. Nonetheless, I hope he is going to outgrow his allergies soon.

If you are currently going through a similar situation, know you are not alone and that it will get better. Food allergies in babies are distressing, for sure. Additionally, for a breastfeeding mother it can be extremely hard to figure out what and what not to eat. It can take a lot of of time and patience. When starting an elimination diet, it can be helpful to keep a food diary of what you and your baby are eating. This way it is easier to track what worsens symptoms.

How No Sleep Training Worked Out For Us

Our Story – Food Allergies in Babies

Acid Reflux in Babies – How You Can Help.