One exciting aspect about expecting a baby is finding a name. It can be really fun. But it can also be quite stressful and put a lot of pressure on parents-to-be. A name often determines the first impression we get from someone. Furthermore, most people believe that names even have a huge impact on our future. Of course, we want our babies to leave a good impression and succeed in life. Yet, finding a name that is classy, but not overused, beautiful but not corny, is not as easy as it might sound. Let me set an end to your prolonged search for inspiration with these incredibly beautiful, elegant baby names for girls and their meanings.

Disclosure: This post contains affiliate links. As an affiliate, I may receive a commission on qualifying purchases, at no extra cost to you. Learn more.

Little wonder that the name Saphira gained in popularity over the past two years. It has a lovely, elegant ring to it and couldn’t express more grandeur. The name Saphira is of Latin origin and is derived from the word sapphirus, referring to the precious, blue gemstone – the “Sapphire”.

In contrast to its diminutive Mabel, the medieval name Amabelle is widely unknown. Though pretty and graceful, Amabelle is still a very uncommon name. Amabelle has its origin in the Latin word amabilis, meaning “Lovable”. A truly beautiful and elegant name choice.

Despina is a very chic, classy name and it strongly shows in its meaning, too. The name Despina originates from the Greek language, meaning “Lady”. So you will hardly find a name that conveys literally more elegance in its meaning than this. Furthermore, one moon of the planet Neptune bears the name Despina. 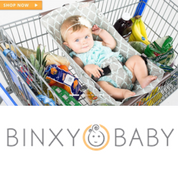 Not only sophisticated, but also royal sounds the name Feodora. It’s incredibly classic and timeless. Nonetheless, due to its uniqueness, it appears fresh and trendy, too. Feodora is the Slavic form of Theodora. Therefore, it carries the meaning “Gift of God”.

In case you like to follow the trend of vocabulary names and want something elegant at the same time, Celestial might be it. The name is beautiful, delicate and flamboyant. Additionally, it seems like a perfect fit for a little Goddess. As an adjective celestial is used in the English language, meaning “Heavenly”. Interpreted from its Latin origin caelestis, Celestial means “Of The Heavens”.

Despite its shortness, Amira is a graceful, dainty name. As the female form of the Arabic name Amir, which means “Prince, Ruler”, the meaning of Amira can be interpreted as “Princess”. It is a very noble name with ancient origin, although it sounds very modern.

If you prefer long, sophisticated names, Evangeline seems to be an exquisite choice. The name Evangeline sounds melodic and soft, yet it radiates strength. On top of that, Evangeline has the wonderful meaning “Bearer of Good News” and is of Greek origin.

With several cities being called Arcadia, this one falls in the category of place baby names. In Greek mythology Arcadia refers to the home of Pan. It is described as an paradisaical place of pure nature. Thus, the meaning behind the Greek name Arcadia is “An Ideal Region Offering Peace And Idyllic Contentment”.

Eliora is tasteful and very melodic. Nevertheless, you will find that it is a quite uncommon, unique name. Eliora is of Hebrew origin and it has the biblical meaning “God Is My Light”. Hence, it is an old name that actually appears as pretty modern.

Doesn’t it radiate sheer elegance? The sound alone appears to overflow with class, beauty and grace. When it comes too its meaning, the French name Blanchefleur is equally appealing. Blanche is French for “White”, whereas Fleur means “Flower”. In conclusion, combined these two lovely names create the meaning “White Flower”.

Another lovely flower baby name for girls is Linnea. It is a Swedish name referring to the “Twinflower”, which got its name from the botanist Carl Linnaeus. Since the name Linnaeus comes from the Swedish word lind, the meaning of Linnea can also be interpreted as “Lime Tree”.

Ever since I came across this French variant of Morgan, I simply loved it. Morgaine has a very beautiful, elegant ring to it. Because it has its roots in the Welsh name Morgan, the meaning is “Sea Circle”, sometimes also translated to “Sea-Born”.

Viola is a lovely, incredibly charming name. This is another example of short baby names for girls that can be extremely elegant. Viola is of Latin origin and the meaning behind it is simply “Violet”. A delicate flower name for an adorable little girl.

A very feminine, delicate sounding name is Rochelle. It is a French name meaning “Little Rock”. Contrary to its sound, the meaning evokes the impression of strength and fortitude. It has clearly a similarity to the name Rachel, but is a little less common.

The pretty name Salima is incredibly beautiful, elegant, but also exotic. Definitely a good choice for anyone, who likes to pick an unique name for their little baby girl. The name Salima is of Arabic origin and means “Healthy, Safe”. Thus, it has a beautiful, soft meaning, matching its melodic sound.

Disclaimer: As an Amazon Associate I earn from qualifying purchases. Learn more.

Most Popular Baby Names 2019 Around The World